They say the eyes are the window to the soul and a great way to see the world, so when something goes wrong we need to address it very quickly. Meet Luna Bella, a 5 year old female Samoyed and the apple of her owner’s eye (boom boom). Her owner noticed she had been squinting for a few days, but one morning the eye was nearly closed. A sure sign that Luna Belle was in a lot of pain and needed to see that vet ASAP. 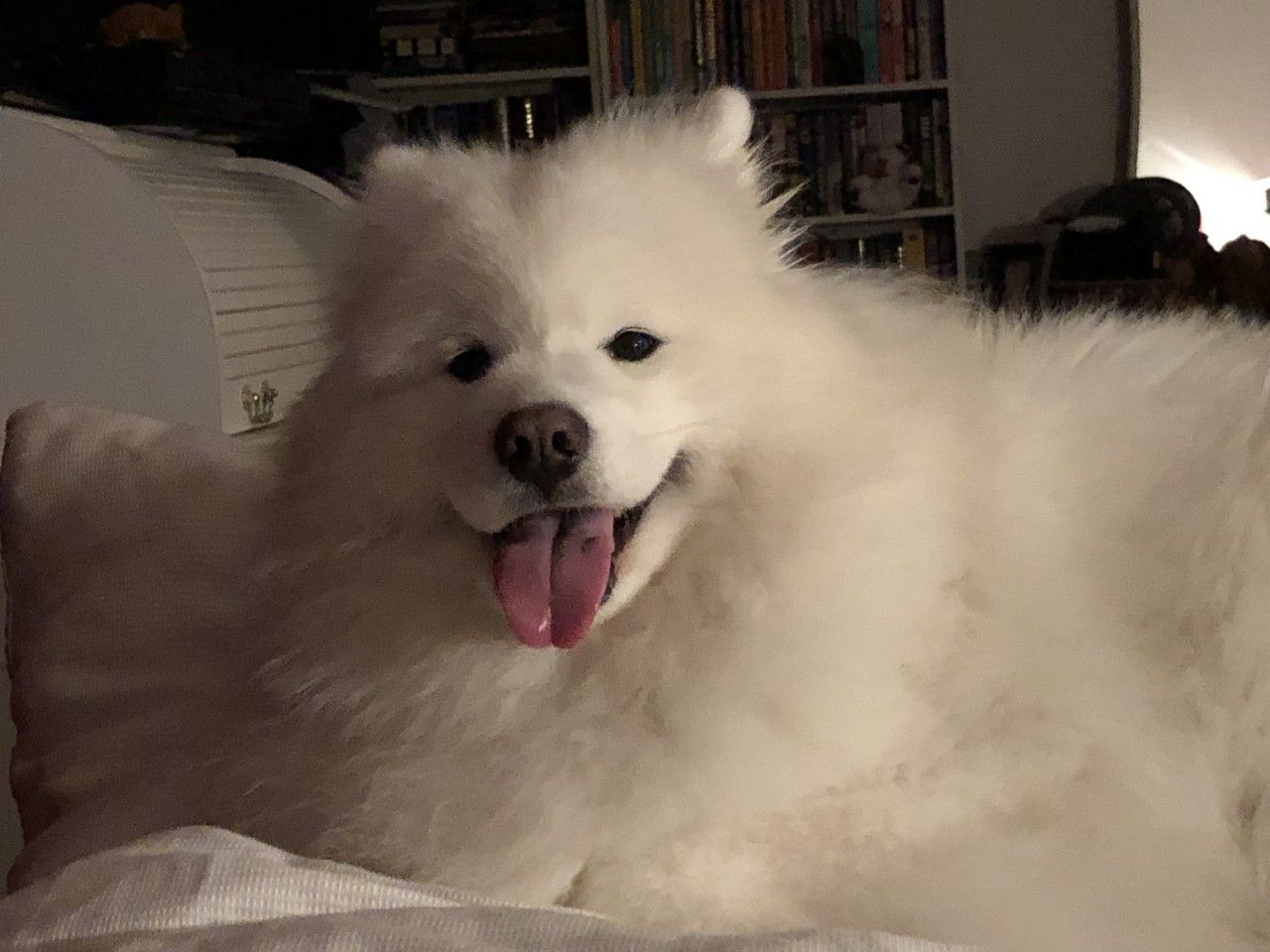 Dr Jacqueline performed a detailed eye exam, assessing all the structures surrounding and within the eye. Fluorescein dye was placed in the eye to identify any scratches on the cornea. When there is damage to the cornea, the fluorescein stain is absorbed by the ulcer and glows green. It’s spectacular!! Luna Belle had an ulcer approximately almost a quarter of her cornea . That’s massive in eye terms!

We always say, “eyes can go really badly or really well, really fast” and given how big the ulcer was we needed to work quickly to address the problem. The major concern with ulcers is if that if they get deep enough, the eyeball can burst . A simple problem initially can turn quickly into a major sight threatening emergency

With Belle’s we used a three-pronged attack: some antibiotic gel into the eye, some pain relief and some oral antibiotics which penetrate the eye well. Thankfully Luna Belle was a model patient and her owners were able to medicate her easily.

The moral of the story is that “eyes can go really badly or really well, really fast.” Any eye problem , we want to see your pet that day.

Thankfully Luna Belle’s had a follow-up visit 2 days later and the ulcer was almost healed. Luna Belle is back to her normal self, playing happily with her brothers Max and Louis.

Give Your New Puppy the Best Start in Life
You Be the Vet: When is a simple itch not just an ...